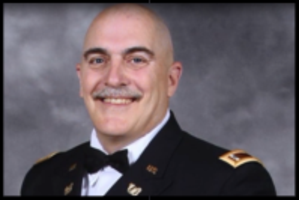 Joseph Cordier is a COW2 in the U.S. Army. Chief Cordier is the Falcon Battalion Army Instructor.

Keaton Detwiler is a LET 3. He is a member of the Raider team, as well as the command caller for the Color Guard.

Matthew Humbert is a LET 4. He is a member of the Raider Team, and Color Guard. Matthew is the former S-2 Assistant. He is in charge of the Battalion staff.

Eric Sheets is a Lieutenant Colonel in the U.S. Army. Colonel Sheets is the Falcon Battalion Senior Army Instructor.

He teaches all LET levels and runs the Battalion's Raider and Color Guard.